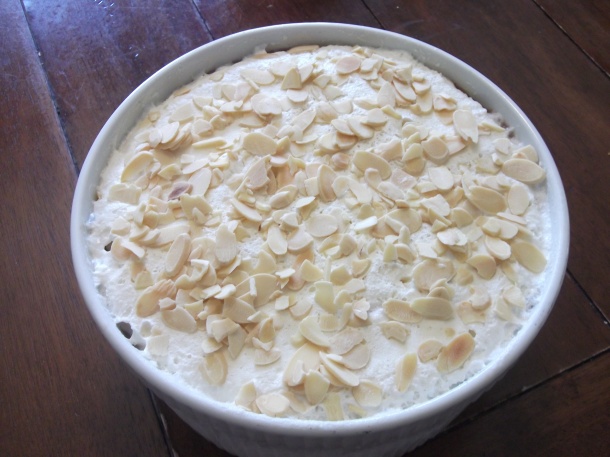 Then one day — somewhere in the 2011 range — the little girl discovered she could no longer eat the greatest dessert of all time, thanks to a nasty case of the sprue. (Isn’t that a funny word for celiac? Yes, it is.) You see, the crust of this fab choco ice cream dessert is made of Oreos. And Oreos could kill a celiac. Or anyone else, for that matter. Seriously, that’s like all lard in between two chocolate cookies.

But the little girl was all grown up and willing to take a risk on lard, if only she could find a gluten-free Oreo alternative. And holy crap, she did.

Tada! Thanks to Kinnickinnick, who make a delicious gluten-free Oreo, life is better. Score one for celiacs! There are sooo many things a gluten intolerant person can do with a gf Oreo, like say sprinkle it on frozen yogurt, dunk it in milk, and make the greatest ice cream dessert of all time.  That’s what I did with my bag of faux-eos. But you can do whatever you want. I will not judge. 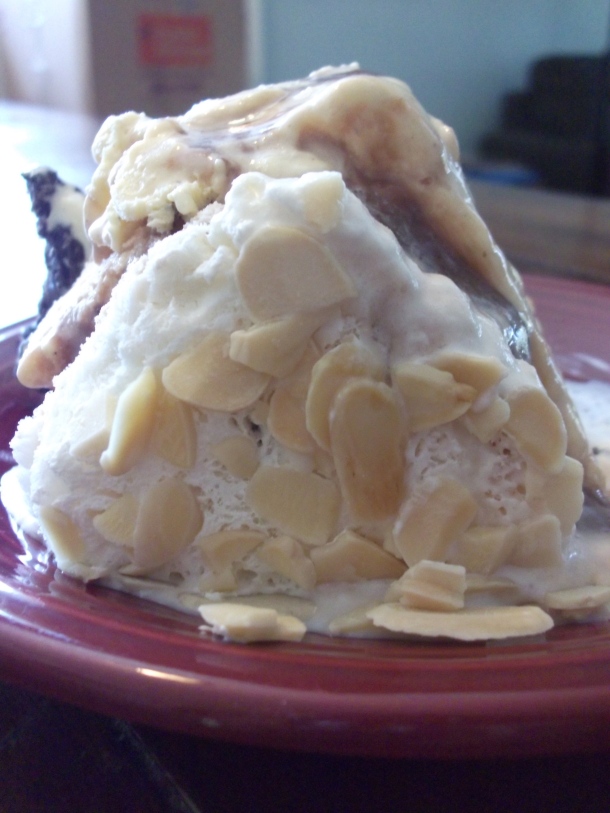 And so now I can make this again. NOM. (Please note, according to my FB friends, this photo of a frozen dessert would have been much more attractive had I had a walk-in freezer, mashed potatoes, or lived somewhere colder than Southern California.)

One small carton of Cool Whip, or whipped cream

2. Cover with softened ice cream, and put into freezer.

3. While it’s freezing, make the chocolate sauce by slowly melting butter, sugar, and chocolate. Gradually add milk and cook, stirring, until mixture thickens. Add vanilla and remove from heat. Cool the sauce, then pour over frozen ice cream. Return to freezer until set.

4. Spread Cool Whip or whipped cream over the chocolate sauce, and sprinkle with your nut choice. Freeze.

5. Remove ice cream cake from the freezer at least 10 minutes before serving.