Wow, people in Austin love beer. When I used to live in Austin I also loved beer. In fact I would say I probably drank more beer in Austin, than in any other city in America. But now that I’m gluten-free, beer is a challenge. Unless you’re in Austin, where gluten-free beer kind of hangs out wherever you wander. In fact, every restaurant I dined in offers a gluten-free beer option. For seriouslys. Which just makes me realize that Austin, Texas has a secret beer agenda and will do everything in the city’s power to make sure people drink beer, at all times. It’s just the way Austin is. So I had to give in, it’s totally not my fault.

I’ve talked about Frank before, because the first time I went there post-diagnosis they already had gf hot dog buns and beer. This is my brother and sister-in-law’s restaurant, but they did this before I was even diagnosed. But now? Now it’s ON. Because this is the menu:

And this is my vegan chili, gluten-free Frito Chili Pie. Holy crap did it make me happy — 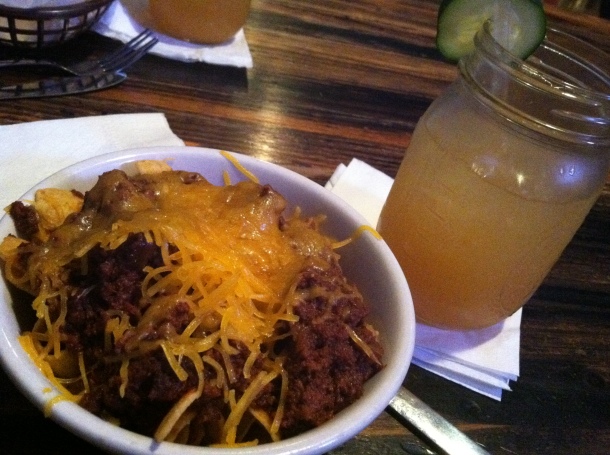 That’s a Cajun Lemonade next door, and I also should mention that there were like 20 boys with skateboards dining in there when I was. Which makes food just taste better. Sweatier, maybe, but still better.

One day at lunch I headed over to Guero’s Tacos, where I had many a meal when I lived in Austin. Going Mexican is always a great idea for the Celiac, but lo and behold Guero’s Tacos threw this down:

Of course everything goes well with a gluten-free margarita.

Who doesn’t have a gluten-free menu in Austin, I ask you?

Barley Swine, that’s who. That’s goat and turnip, you guys. Pair that with some sweetbreads and tonuge hash and you’re looking at the most innovative restaurant in all of Tejas. However, this small plates restaurant that mixes it up doesn’t need a gluten-free menu on account of every employee is so well-versed on gluten-free ingredients that they gave me specific instructions as each dish came out. Also, they had gluten-free beer on the menu. OF COURSE THEY DID.

Do you know what else they have in Austin? Gluten-free art. 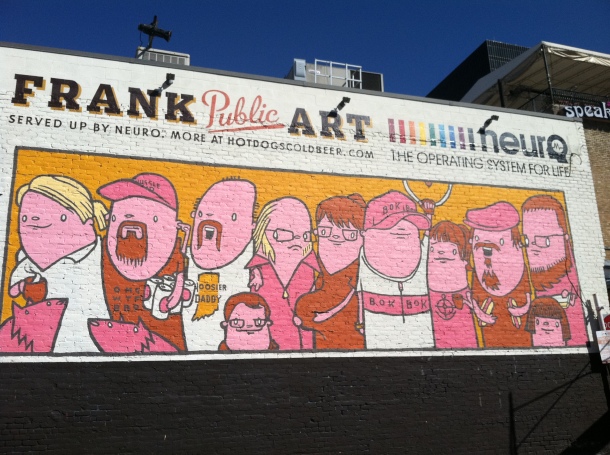 How cool is that? Artist Jay Ryan is kind of the best. And I didn’t get sick at all when I looked at that mural. Which means, it’s Celiac friendly. Like the rest of Austin.

Even after I thought I had tapped out the gluten-free wonder of Austin, I stopped into my former favorite home style diner, Kerbey Lane to grab some breakfast. Holy crap!

GLUTEN-FREE PANCAKES! And they even had a mix, which I brought back home with me. Austin, Texas, the gluten-free gift that keeps on giving.

Do you know where you shouldn’t eat if you’re a Celiac? Fuddruckers. But you probably already knew that.