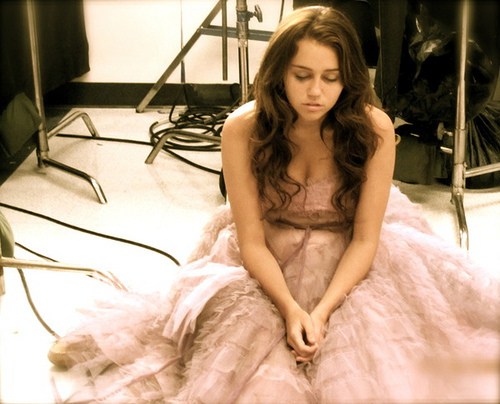 Ugh, I think I just got gluten'd

As someone who was just diagnosed with Celiac disease a little over a year ago, every time I hear about a Zooey, Novak, or even a Gwyneth I’m like “Hooray!” After all, that’s one more restaurant I can walk into that might have heard about this gluten thing thanks to the famous. I can totally get behind that. Yet, I realize there’s an eye roll factor here.

After all, if you don’t have to go gluten free, but you think it’s going to help you lose weight or win the U.S. Open, well, eff you. Because when those of us who don’t have a choice hear that people are going gluten-free willy-nilly for reasons that are not only not scientifically sound, but just stupid trendy, it’s annoying.

But before I cast a stone in Miley Cyrus’ general direction, I’d like to first give that little hell-raiser the benefit of the doubt.

If 1 in 133 of us has Celiac disease, and some 18 million have a gluten intolerance, then why wouldn’t it follow that celebrities also have the wheat hate? Again, I’m not talking about some random actress with an eating disorder, I’m talking about people who get sick when they eat the gluten. It happens to the best of us — famous, or totally not famous. It’s true what children’s books teach us: Everybody Poops. Some of us more than others when we eat gluten.

So until I bust Miley coming out of Magnolia Bakery stuffing cupcakes down her singing hole, I’m going to give her a big welcome to the club. The disgusting pooping club where you live with deprivation every single day. Have fun, Miley!

What do you think about gluten-free celebs?