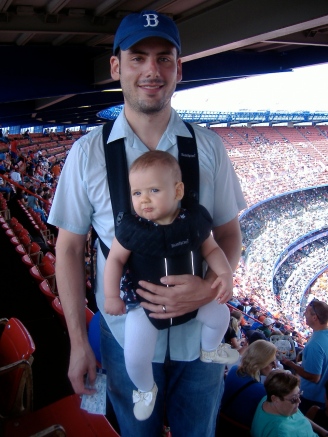 Can I Get a Gluten-Free Num-Num?

Happy first day of summer, party people! Get out your ice chests, your swim trunks, and your beer bongs because it. Is. On. Of course summer also means baseball, especially if you’re in the neighborhood of a pro team. Or married to someone who loves that stuff. Me? Sports aren’t really my thing, but I have endured professional hockey, basketball, and baseball games by distracting myself from the boring with super fun concession stand runs.

It’s true. I get excited about concession stands. It’s also sad. Especially sad once I was diagnosed with Celiac, as the hot dog and beer fest came to a halt. But there is some good news for Celiacs who also enjoy sitting in the stands. Some baseball teams court those gluten-free types and bust out the gf beer, the gf buns, and even have special Celiac days. I know! What the hell is going on in this world? Amazingness, that’s what.

Here’s where to find it:

Philadelphia Celiacs rejoice! And head down to Citizens Bank Park , July 20th! (I’m anti-June, obvs) to enjoy discounted seating for the Phillies v. Giants. I’m assuming there will also be gluten-free food options, in addition to this ticket fundraiser for the National Foundation for Celiac Awareness. Otherwise you’ll just be sitting for cheap with a bunch of other people with GI issues. Fun?

If you’re in San Diego enjoy the Gluten-Free Padres game at PETCO Park. Vendors will be tailgating and serving up the g-free goodness from 3 — 5pm in the parking lot on the 1st base side. Find Me Gluten Free is organizing, so we all owe them a huge thank you. THANK YOU. Get out and enjoy, Celiacs. And try not to giggle about the fact that the stadium is named after a place where you can buy puppies and kitties. Oopsie! That’s July 21st, thanks to eagle-eye Erin for catching it.

An Internet friend clued me into Seattle Mariner’s Gluten-free Awareness Night at Safeco Field. It was last Friday night, and I meant to post about it before now. Sorry. But if you were there, how was it? It appears there were discount tickets, and special menu items like gf hot dogs, cookies, beer, and club sandwiches. However, Safeco would like to point out that they always have gluten-free beer available in a certain section, as well as gluten-free hot dogs and sandwiches. Well played, Seattle. Well played.

Finally, in my own backyard, the Los Angeles Dodgers will be having a Celiac night on August 25th. I have no idea what is in store, but I kind of feel like I have no choice but to be there, judging everything.

Even if you don’t have your very own gluten-free night at the local ballpark, almost every stadium (exceptions being Anaheim, LA, and Baltimore) offers up gluten-free hot dogs. Win! And Redbridge gluten-free beer seems to have infiltrated the scene quite successfully as well.

Okay, so this is all great news. But I just have to vent for one second.

Remember that crazy accident I wrote about? So the lady who was either under the influence, or has dementia (and I don’t mean this in a mean way, there was something wrong with her and she was over the age of 65, and my mom has dementia — so I’m saying it as a real possibility vs. a method of poking fun) who hit me, claims she has no idea what I’m talking about. And even with my pictures of her driving into oncoming traffic, and then fleeing the scene, her insurance company — 21st Century — is backing her up and I’m about to be out a ton of cash thanks to that craziness.

So here’s the lesson people, and it’s totally not gluten related, so sorry. But if you get loaded and hit someone with your car, just drive away and deny it. As long as you have 21st Century insurance, you’ll be totally cool. Effers.

All right, enough of the whining. Play ball!

What gluten-free options do you have at your local baseball stadium? And does your stadium name make you feel like a dirty corporate enabler, too?