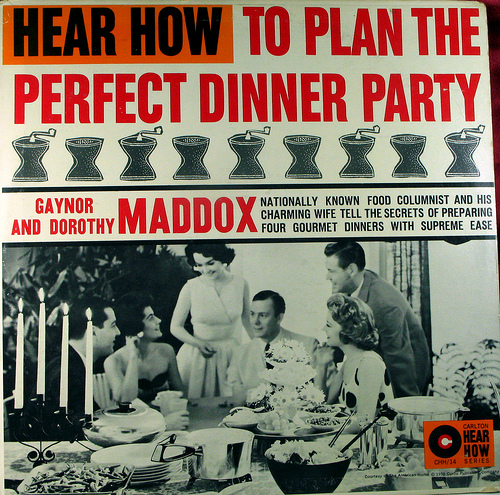 The holidays are coming right up, people, and you know what that means:  Eating and drinking until you can do nothing but moan and roll around on the floor.  In the case of us gluten-free types, however, it means avoiding delicious gluten that is served up at every event, dinner party, and office ho-down we attend.  It’s why I carry gluten-free crackers, muffins, and beef, in my handbag.

Still, this season I thought I’d try something new.  I spoke with Living Without Magazine’s Editor-in-Chief, Alicia Woodward this week who is simply filled with fantastic advice for the gluten-free and allergic who have to leave the house. Which was fascinating because Woodward and I have very different approaches to being gluten-free in the world. While she advocates the taking control of your situation, I’m more of a crying-in-the-car-on-the-way-home kind of gal. Luckily she’s also a psychotherapist, and I feel much better now.

So, Alicia Woodward, EIC, how do I navigate this holiday season when I don’t want to irritate the hell out of everyone who extends an invite to my gluten-free self*?

Read on for holiday bliss.  Or at least, holiday, “meh.”

I think you’ll evolve in time where you’ll find that right balance. It’s going to be different for you than for other people.

Some people are so super sensitive, they basically miss work if they ingest the tiniest bit of gluten. There are people who are so sick with neurological celiac it might take them months to recover.  Even without the most severe symptoms, no gluten is good for a celiac, and you have to figure out how vigilant you want to be.

You’ll either find that you’re not going out — which I don’t think will make you happy — or you’ll find yourself saying, “Hey, I’ve got this great flour blend, let me bring something.” You also find out who your friends are. Those are the people who say, “I wouldn’t do anything to make you sick.”

I have a hard time saying anything, much less being ever-vigilant.

A lot of people just eat really well before leaving home. If you don’t want to say anything, then you’re just full when you walk in the door. If you and I talk five years from now, you’ll have found that balance for what’s natural for you.

One of the things that people have to learn when they’re diagnosed, is how to find their voice and it’s really hard to do that. We’re all raised to be polite.

I’ve heard people say, “I was so hungry and everything had gluten in it, so I ate it.” I usually just starve and drive through In ‘n’ Out on my way home and order up a Flying Dutchman. Is it common to give in to gluten out of hunger?

I don’t know if it’s common or not, but if people have limited symptoms they’ll take a hit. Or if they have huge cravings. I remember talking to a college student about fellow celiacs in college who say “Well I’ve been good for six months, and I deserve . . .” But if people get sick enough, it’s like eating gravel.

There is a spectrum of reactions. Those of us who can’t eat gluten are all over that line. There’s so much that still needs to be researched and learned about symptoms.

I just don’t think there is any right or wrong to approach this, as long as you’re gluten-free. Everybody develops their own way of being gluten-free in the world. I think that’s okay.

For more advice on living with devil food allergies, check out the magazine for people like us — you know, weirdos — Living Without.

*Please note, I have dozens of friends who go well out of their way to accommodate me. This is a “me” problem, rather than a “they” problem. Friends — you rock.