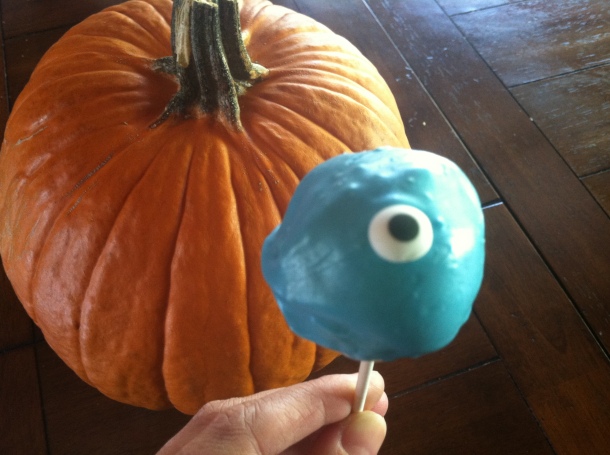 There are people who make gluten-free cake pops, and people who eat them. As an eater, I made a huge mistake when attempting to cross over to the maker crowd. Huge. It was so tedious, and such a mess of my life, I now hate cake pops. And I have five million of them in my house bringing down the value on account of the total ugliness on a stick. You guys, that one pictured is my best one. You want to see the rest? 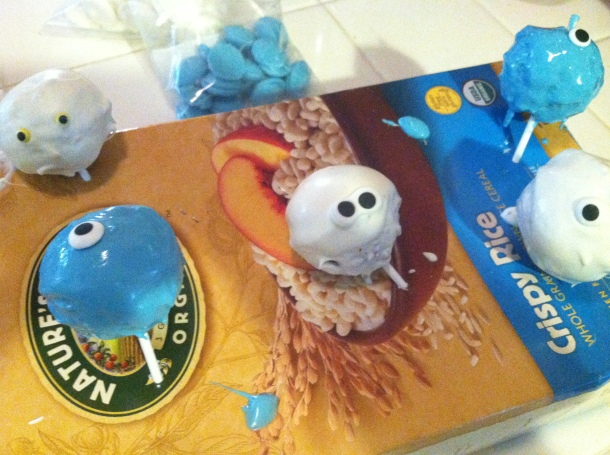 I thought this would be an adorable thing to do with my kids. I even bought a special cake pop pan and followed the directions so I would have perfectly round little balls. Well one thing I did do right — balls. Plus, I used the amazing XO Baking Co. gluten-free cake mix and so they were delicious. I even had the frosting at the ready, but apparently in a cake pop box you don’t need to do that added step.

I even bought the perfect colored melting chocolates, like these – 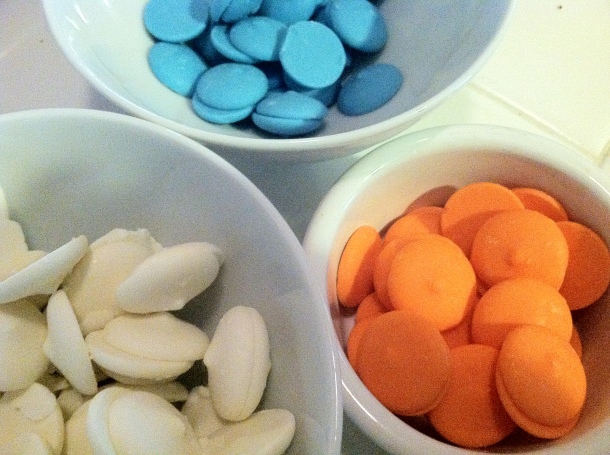 But apparently you can’t spend your way out of massive failure.

All you’re supposed to do is melt chocolate and swirl the pop around until covered. One, I couldn’t get the butt covered to save my life; and two, I tried to turn a cake pop into Bob from Monsters Vs. Aliens, ghosts, pumpkins, and black cats. I should have just stopped with the half-assed swirling.

Also, you may be wondering what the heck this cereal box is doing in the picture above with the screaming gluten-free cake pops. You see, I followed some cake pop directions that were described as “easy” and attempted to make these cake pops stand up and dry on a box. They toppled over and stuck to the cereal box that I had just emptied in a panic, not helping in the attractive arena AT ALL. I’m not even going to show you the black cats with chocolate chip ears and smushed faces.

I am not, nor will I ever be, a cake decorator. But let’s say you want to give it a try. Here are some ways I messed up, so you won’t have to! 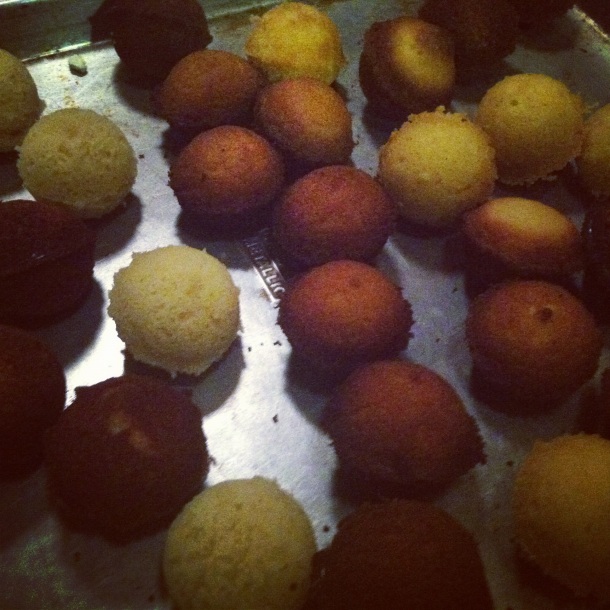 Even though people will eat delicious cake pops no matter what they look like, it’s still impossible to slip a sloppily decorated pop by even the least discerning eater in your household. 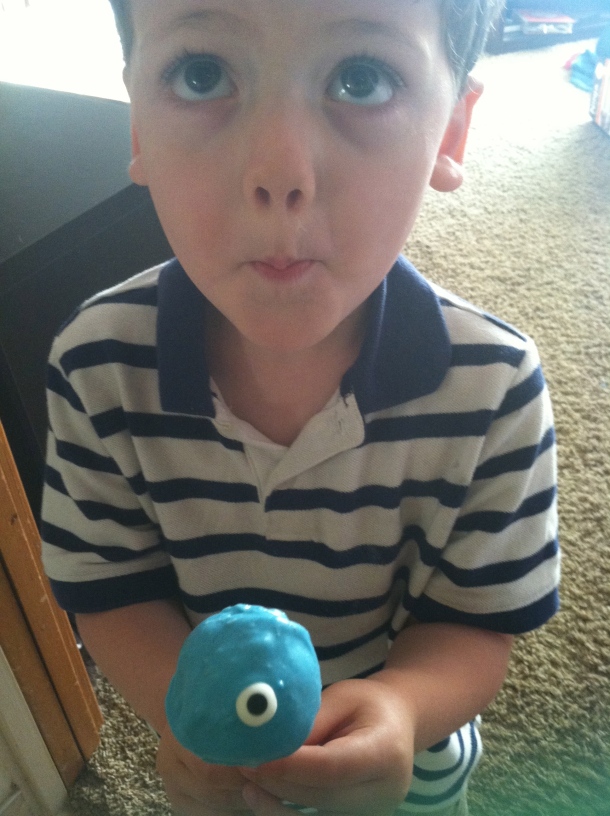 If you’re a zillion time better than I am at pulling together cake pops, please don’t be discouraged by my craptacular attempt. Just let me know your decorating tips that do not involve years of studio art.

Have you ever made gluten-free cake pops?