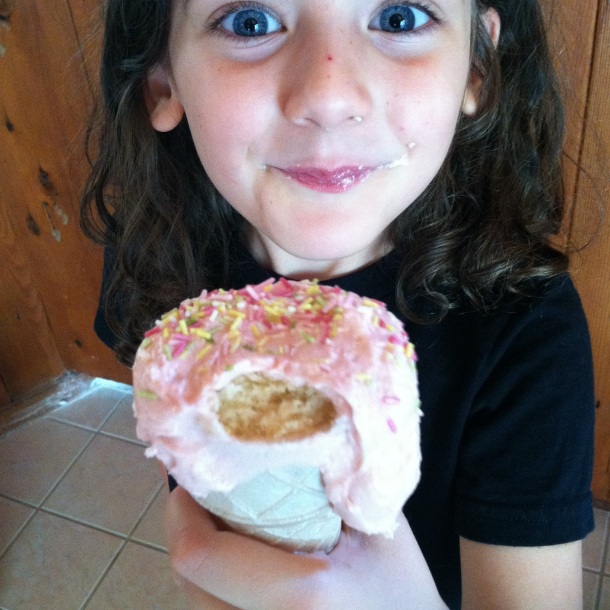 If you almost threw up reading that headline, know that I’m with you. Still. It turns out that I’ve discovered the most useful thing about having celiac disease—you can help other people when they receive the same diagnosis. Which is what just happened. But before I get all wise and zen-like, let me just say this—

FUUUUUUUUUUUUUUUUUCK! Fuck you, celiac and your warped genes and your stupid fucking tendency to ruin everyone in my family. FUCK YOU. Double fuck you. Triple, quadruple fuck you, you stupid motherfucking fucker. I HATE YOU CELIAC.

So my daughter was diagnosed with celiac disease last week. She just turned 7 so hey, she’ll never know what she’s missing out with the whole beer thing, but she’s also 7 and finds herself at a birthday party damn near every weekend. Yes, I know to take my own advice and load up on gluten-free cupcakes and treats (which I did this past weekend). I also know that there is no one better equipped to deal with my girl’s brand spanking new autoimmune disease. Yet when she’s crying in the corner because she can’t eat anything the other kids are eating, well, that hurts my heart. And when I stop and think about all of the other potential complications and illnesses, well that’s when I break down and start using the “f” word repeatedly.

Still, she did have all kinds of fun writing this note to her friend, Molly. 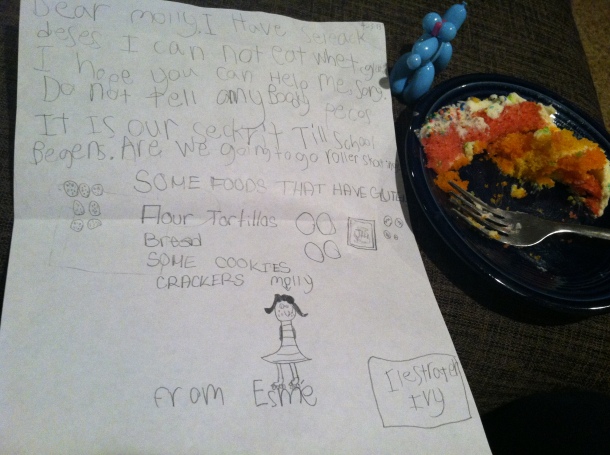 When I wrote my book I included a chapter called, “Holy Crap, My Kid’s a Celiac!” But I wrote it for everybody else. Naturally I’m regretting repeatedly crowing about the fact that my own kid’s don’t have celiac, and now that’s in print for, like, ever. I keep looking back on my own notes to remind myself that a) It’s going to be okay, and b) Mama knows how to make gluten-free ice cream cone cupcakes (see photo above, recipe in upcoming book). Additionally, I’m incredibly grateful for the community surrounding my daughter’s school. There is a student who is diabetic and has to be repeatdly tested throuought the day. They handle it. I’ve already sent a note about her situation, since we discovered it on spring break, and I’m confident she’ll be taken care of between the hours of 8:45-3:15. I also told a friend of mine about her new condition and at a birthday part just this past Saturday, this magic appeared: 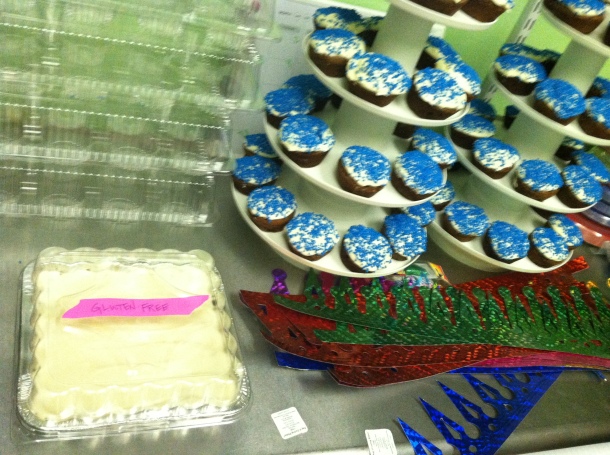 That was a batch of gluten-free double chocolate brownies with cream cheese icing she whipped up for my girl (and by association, me). SO NICE.

So my girl is in good hands, and I feel so incredibly lucky to have gone there before her. While I’ve never been grateful for my celiac diagnosis, all of a sudden I am. I can cry with her in the corner, and when she says (as she already has), “But I want that!!” at a restaurant, I can wail alongside her, “Me toooooooo!” Of course I’m devastated. No matter how much I can handle this, it sucks. You don’t want your child to have a disease, even if it’s manageable. I do believe that goes without saying, yet, there I am. Saying it, just in case it wasn’t obvious by that whole cursing thing earlier.

My girl has celiac. I hate it. But I’ve never been more grateful to have it myself.

Oh, and parents of celiac kids – how do you deal?

32 thoughts on “Celiac Disease Turns Out to Be Awesome”