After spending a day-in-the-half in the hospital, first for myself, then for my daughter, I’ve recently had the delight of being exposed to a number of physicians. While I’m a big fan of my general practitioner, and don’t even get me started on my GI doc (so handsome, so unfazed by poop talk), whenever I’m sick I find myself in that position of playing phone dodge with my GP’s office. Usually I’m calling before they open, or after, or in that two-hour lunch break where the staff refuses to answer the phone for 15 minutes leading up and 15 minutes after. Which is how I wound up at one of those walk-in clinics on the weekend, and ultimately in the ER.

All doctors are not created equal, ya’ll. Some of them are all, “Umm, yeah you should NOT be taking these antibiotics,” and others are like, “I’m pretty sure it’s not the most powerful antibiotics in the world that you’re hoovering while being celiac, but merely a stomach bug,” as I’m being pumped full of morphine. Then there’s the, “It was probably that burger you had.” Ummm, don’t mess with my burger, people. Do. Not. Mess. (Although if it does turn out to be the burger, well, fool me once contaminated meat, shame on you . . . )

Then we’re all up in my daughter’s villi and the result is, “Looks good, but that blood test seems wonky, so let’s biopsy and talk about this celiac situation again.”

Okay. I get that maybe medical science isn’t all that exact. I get that people get misdiagnosed, non-diagnosed, and just ignored for years. But at this point I was preparing for my super duper exciting book release (TUESDAY!!!!) and my even more exciting book hocking this weekend at the CDF Gluten-Free Expo in Pasadena. (Yes, I do realize that “excited” and “gluten-free expo in Pasadena” do not usually go together. But you, my people, get it.) And instead of just sitting around staring at a pile of books, grinning like an idiot I’m instead staring at this gluten-free chicken soup and waiting for when I can actually eat it without yakking. 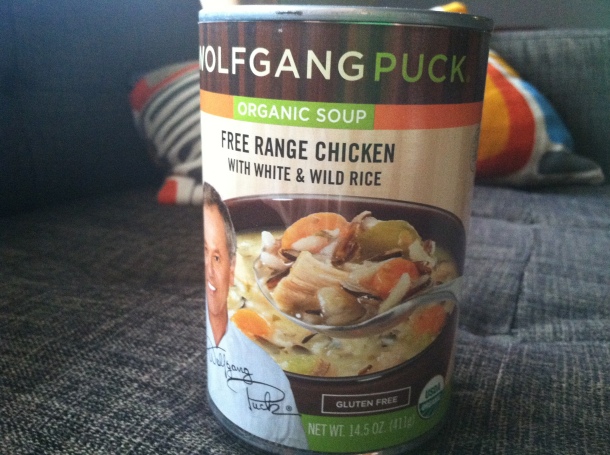 My point is, even celebrity chefs can change their minds about whether or not to be gluten-free friendly. (Okay, that wasn’t my point but I’m going with it now. Blame the morphine drip.) And doctors are also not all on the same page whether it’s dealing with celiac, or general wellness. They are human. We are human. They just have that whole ability to help us heal, or knock our asses into the ER. Kind of like Wolfgang Puck.

Please share your horrible doctor stories so I can stop whining. K, thx.

22 thoughts on “Can We Talk About Doctors?”