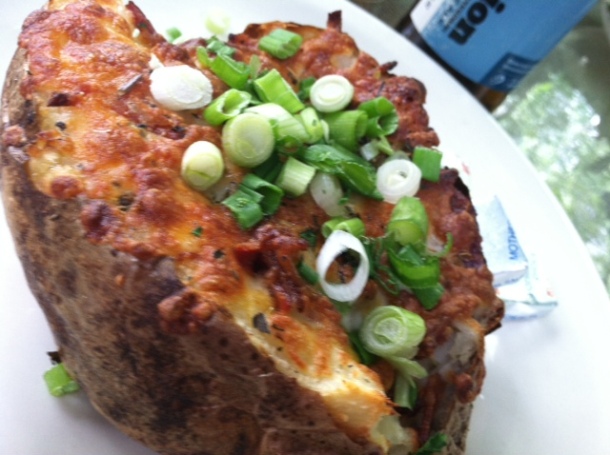 Portland! I am so almost right in the middle of your business. Not quite, but headed in that general direction. And I hope all of you people are too because I’m having that unbelievably fun book, eats, and drinks gluten-free party at Widmer Brothers Brewery this coming Thursday! 6pm, you guys. Be there or be so totally square. I can’t tell you how excited I am about this event. I WILL BE DRINKING BEER. And greeting the gluten-free as if I worked the door at Wal-Mart.

After stopping in San Francisco at a super duper fun event at Book Passage, the family and I got in the old vehicle and headed north. Maybe also east? I’m so unclear, but we drove right by Mt. Shasta where I saw a woman who was literally wearing a tinfoil hat. I would have taken a picture but I just knew she’d think I was with the government and would take down my license plate and then wow, would I get some crazy mail.

So anyway, we landed in Ashland, which is adorbs and totally gluten-free. I’m hitting three for three with restaurants and bars that are all, “Hey! Come eat here, we’re gluten-free even though we only have a population of around 20K! Oh, and by the way would you look at that mountain over there? And yes, that IS a bear on a leash!” Yep, loving Ashland.

That pic above was a lunch that included Omission beer and a gluten-free menu at Greenleaf. Then dinner was at The Black Sheep, an Olde English Pub where we totally told the kids the Queen dines whenever she’s in Ashland, which is also incidentally, two to four times a year. I’m a big fan of lying to the kids when it makes a better story. Anyway, that joint ALSO had a gluten-free menu, cider and I enjoyed an insane New York Strip steak with cornstarch fried onion strings, kale, mushrooms and a lil’ mash. See? 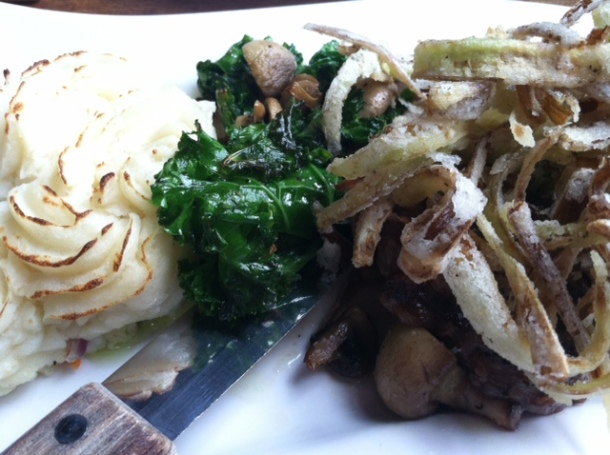 Also Brother’s offers Udi’s products, and Mix Sweet Shop offers Stumptown coffee alongside some gluten-free peanut butter cookies. All of this was within walking distance of my hotel, you guys.

So, Oregon. Beautiful, gluten-free, chill, and all-around awesome. I get why a zillion of my friends have moved here, or are seriously considering it. Cra-zy.