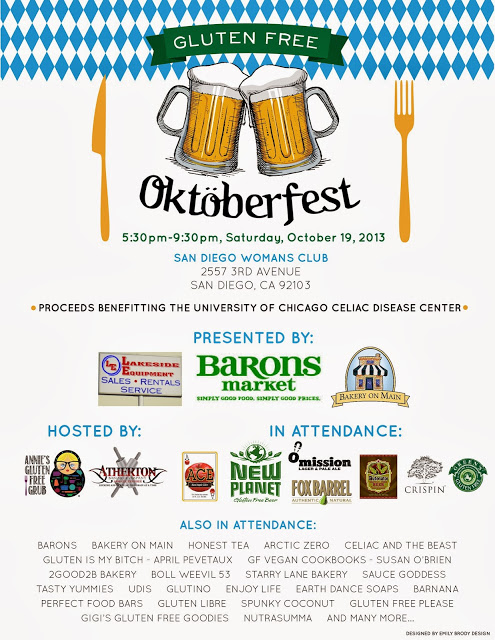 Yes. In case you were wondering, the Gluten-Free Oktoberfest in San Diego this weekend was awesome. Beer, brat, and nachos—all gluten-free, yo. Also? Super cool gluten-free folks who I felt honored to be manning tables next to, down the street from, across the aisle from and all of that. So yeah, awesome.

And I learned a lot! Like, five things, in fact. (Note: I was a little sloppy on the picture taking front, so I borrowed from Celiac and the Beast, Tasty Yummies, and Annie’s Gluten-Free Grub, aka, the coolest—and most prepared—gals on the scene.) Although this first pic? Oh yeah, I took that. 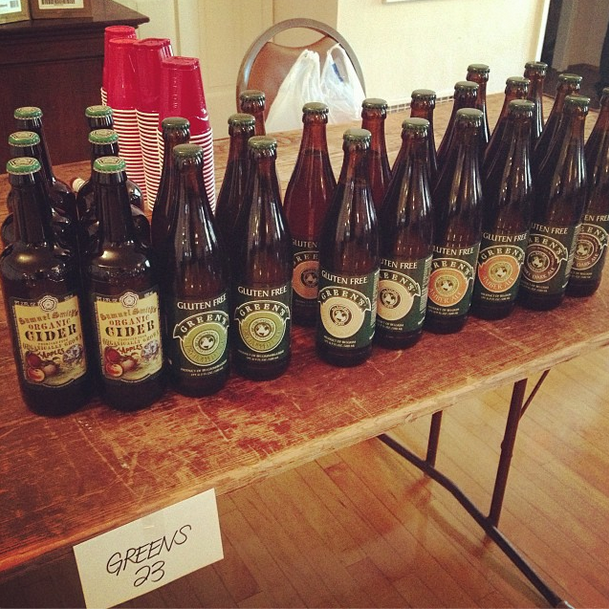 2. You throw a GF OF and the Beer People Will COME

You know who was here? The New Planet, the Omission, the Greens, oh and those cider folks like Fox Barrel and ACE. Yes, it was super duper duper fly. Celiac and the Beast shot this because we were all so excited to see it.

3. Yes, there is such a thing as Gluten-Free Vegan Comfort Food

I’m buying this book, and I’m making everything in it. And you know what? I’m going to be all, “See how superior I am, suckers?”

4. If you hang out at closing time you might go home with a random gluten-free home brew.

Or the bartender. Either way, you never know what you’re going to get. This bottle? Some dude showed up with his gluten-free girlfriend and has been busting his ass to make a gluten-free stout. He gave it to a beer guy. Beer guy gave it to me. I’m dying to try it, yet. What are the chances this is arsenic? Still. A gluten-free stout? That would be rad.

And cool, and belong on your wall. I’m not sure how many people know this but Tasty Yummies is gluten-free, has amazing recipes, and is an artist beyond compare. She and her other half are Hero, and have their own thing going on, which is why you can go home with amazing rock posters, art posters, and gluten-free recipes. Yes, bad ass.

Who knew one Oktoberfest could be so many things, to so many people? Well done organizers, well done.

3 thoughts on “5 Lessons From the Gluten-Free Oktoberfest”