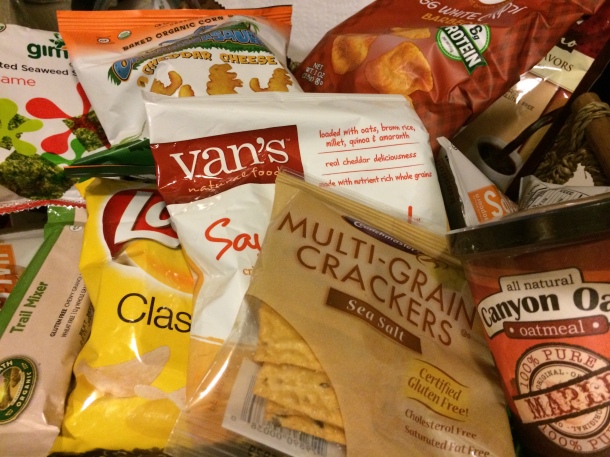 It was a busy weekend at the Celiac Disease Foundation Conference and Expo in Pasadena, you guys. Yes, that’s my “snack basket” I have set up on our counter filled with delicious gluten-free treats. I also have a cabinet-full of gluten-free mixes, flours and other gluten-free delights because every freaking gluten-free company was there. And they had kick ass free stuff for those of us who are used to spending an entire paycheck on that biz.

I was there to blog about it, to hang out with other gluten-free super cool bloggers, and to talk to as many people as possible about my upcoming gluten-free trip to Ireland because it’s awesome, and you should come, and you should just start packing because AWESOME. Fill out this form and vacation with me. That. Simple. Huzzah!!!

In case you were wondering what else I was doing at the CDF Expo, well, I’ll tell ya’. There were basically 7 things I learned/loved/did that you should know about as well. They are:

Two words: Mesquite Flour. So I talked to this really nice man, and there are people who are taking the bean from the mesquite tree—you know, the one that makes your grilled meats so tasty—and turning it into a gluten-free, kosher, vegan flour. Casa de Fruta harvest the mesquite pod and turn it into a flour that has the most interesting smell, in that it smells like cinnamon and vanilla. What???? I know. Crazy. So you can toss it into your waffle mix and have an instant flavor sensation.

2. Most, Why Can I Not Buy This Right This Second? 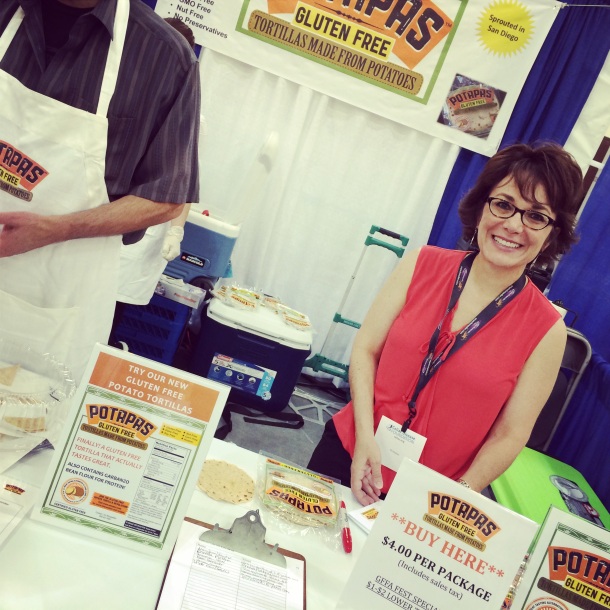 Potato tortillas, called Potapas were so insanely good! And I guess I actually should have bought a load of them right then but I was flitting around and missed the opportunity. Which is all the more reason Potapas should be in stores right now! I mean, RIGHT NOW. I need me a potato tortilla.

Oh, Brazi Bites, you temptress. Even if the brazilian cheese bread had not been posted up right next to my booth, I still would have snuck them by the handful. My whole family loves these easy to cook up, crispy on the outside, soft in the middle delights. Which is why my husband was super pissed I ate all of mine and didn’t bring him any.

4. What I Drank the Most Of

Green’s Dubbel Dark Ale is the bestest. I love this UK beer and not only because it comes in a giant bottle. There were a few beer peeps there (hey, hey, New Planet and Bard’s), which is always super awesome, but I’ve got a very, very soft spot for that Dubbel.

I’ve got a science crush on Dr. Alessio Fasano which suddenly developed when he started talking triggers and microbiome. I mean, get me a fecal transplant, STAT! (Yes, I do realize how weird both of those sentences were.)

6. Most Snacks I Kept Picking Up and Stuffing Into my Swag Bag

HalfPops. What is up with that weird half-popped popcorn business that makes me want to eat them by the bucket full? These little sample sizes are NOT BIG ENOUGH. Hence, why I went back about 29 times. I also love that I can pick these up in airports, at Starbucks, or other places when I’m in need of a gluten-free snack. Because, omygod, I CAN’T STOP EATING THEM.

It’s a tie between these two amazing babies who love curse words. 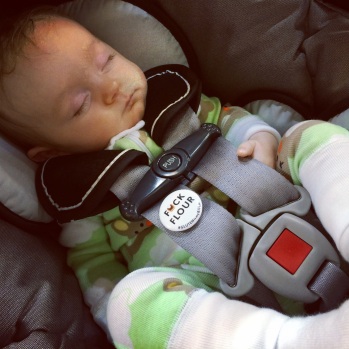 Did you go to the Expo? What was your fave?