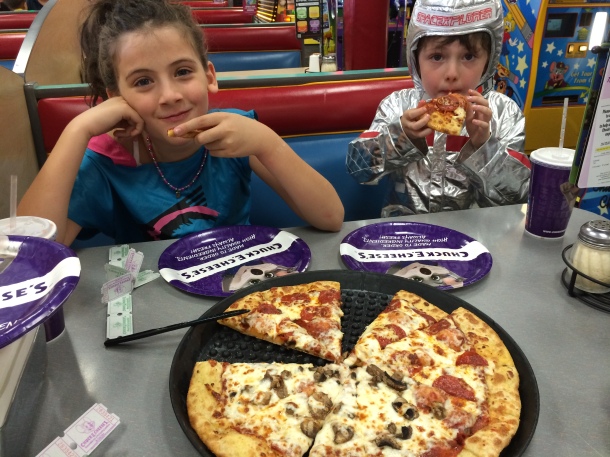 Okay, so this pizza is not gluten-free. But how cute is this????

Happy Chucktober everybody! Oh, you didn’t know that was a thing? IT IS. And I think my kids might have been the first to celebrate at the Burbank Chuck E. Cheese because they were so excited to see us wander in dressed like crazy people. Or maybe everyone at the Burbank Chuck E. Cheese is just way nicer than the one we used to go to in Brooklyn. 100% possible. Get it together, Atlantic Center.

Either way, when my kids walked into Chuck E. all dressed in costume they were greeted like skee ball champions with unlimited tokens. Which, they kind of were. You see, Chuck E. Cheese reached out to me about this promotion going on all over the nation in October—kids wear costumes, kids get 50 free tickets. Tickets which kids can trade for toys and candy that makes them lose their little minds. But I had another reason for wanting to go and write about Chucktober. A reason beyond going home with a ton of Fun Dip.

I’ve written about gluten-free parties for kids before in both my first book, and I also recommend Chuck E. Cheese as a fun gf spot in my upcoming book as well. It’s because of this –

Yes, that is a burned bag. But once you open it, it looks like this –

Chuck E. Cheese has partnered with Conte’s and every gluten-free cheese pizza arrives in a sealed bag, which it is also cooked in, and you use a gf pizza slicer that is also sealed so there is zero chance of cross-contamination. Which is basically the best way to keep your gluten-free kid safe and happy and able to go crazy in the Ticket Blaster. Or the Jett Rider.

Or that wacky helicopter thing. 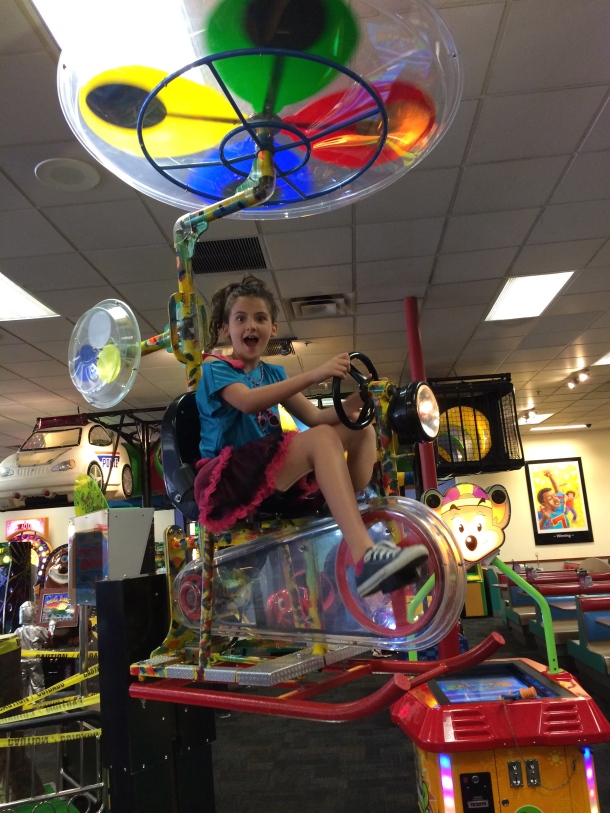 Or just groveling on the ground for tickets that Chuck E. throws out – 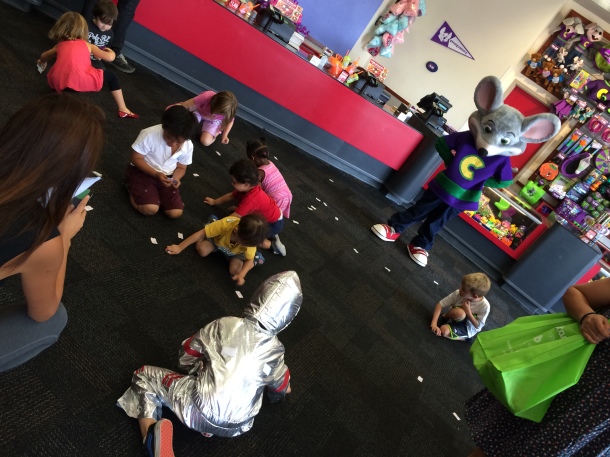 I mean really, kids are weird. You never know which way it’s going to go.

Have a kick ass Chucktober, you guys!