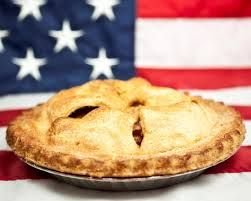 And I don’t mean that as a euphemism. This fact just hit me the other day, and I was shockingly despondent for oh, let’s say, 45 minutes.

I was listening to the NPR, as I do, and this segment came on about hikers on the Pacific Crest Trail being pleasantly surprised by some “trail magic” along their 5-month journey. This trail magic comes in the form of a dude who hits Costco and supplies these hardcore hikers with some much needed sustenance as they make their way into Canada, feet swelling up and toenails falling off.

There is nothing about any of what I just described that I can even kind of relate to. Still, the realization that I could never do any type of endurance activity that required me to be more than 5 miles away from a Whole Foods was kind of a bummer.

These hikers who stumbled across the “Sonora Pass Cafe” were positively orgasmic about the chocolate cake and other goodies a man provides out of the goodness of his heart and his love for hiking. Some hikers were on their last bit of dried foods when they came across the booty, and others simply hadn’t seen normal food for some time. There is no getting around the fact that I would die, right there on that trail.

And it made me start thinking about other limits on my activities given my need for gluten-free food. Because, you guys, if I were starving to death and someone offered me a bagel, it would be the final nail in the coffin. I do not want to poop myself to death because I thought it would be a good idea to “get some exercise” and “be in nature.”

I also realized that I could never be cast on a reality show where you have to band together and make food and stuff for survival. I know you haven’t been watching Utopia, because no one is, but they’ve got a bit of a food problem there. They don’t have a homemade hillbilly raisin wine problem, but they do spend their limited funds on foods that have a load of gluten. I mean, I would go on that show and announce that MY version of Utopia was gluten-free and I would be locked in the chicken pen. But again, no one would watch a reality show where one contestant was locked in the bathroom the entire season. Probably.

You know what else I can never, ever, never do? Let me tell you. In list form.

Hmmm, what else can’t we do? Us sensitives?